IF IT SHOULD BE.

If it should be that I grow weak
And pain should keep me from my sleep;
Then you must do what must be done,
For this last battle can't be won.

You will be sad, I understand;
But don't let grief then stay your hand.
For this day more than all the rest,
Your love for me must stand the test.

We've had so many happy years;
What is to come can hold no fears.
You don't want me to suffer so
The time has come, please let me go.

Take me where my needs they'll tend,
But please stay with me 'til the end
To hold me close and speak to me
Until my eyes no longer see.

I know in time you will agree,
It was a kindness done for me.
Although my tail its last has waved,
From pain and suffering I'm saved.

Please do not grieve that it was you
Who had this painful thing to do.
We've been so close, we two, these years;
Don't let your heart hold any tears. 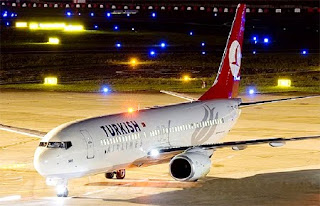 Hi! I am in Finland now.
It was a very long flight. Turkish airlines are better than I expected.
I flew from Hong Kong to Istanbul. It was about 10 hours.
The seats in economy class are BIG. I could even put my knees on it!
And I slept quite well there. This time I slept about 7 hours! yeah!!!
Then I have to stay in Istanbul for 5 hours before I could get in the flight to Helsinki.
I was planning to put myself to the toilet for 2 hours and come out for some shopping.
Just be bored.
But then thank god that there was a Japanese girl.
She thought I'm Japanese too so she started talking to me but I am not.
My English is not good and her English is even worse...
So we started to draw pictures and ect.
We had a nice time together.
She was kinda lost in Istanbul. She said it was her first flight so she didn't know what to do.
Glad that I flew with myself once and I know how things work while you transit in the airport.
So I was happy that I could help her :D
5 hours past FAST.
I was in the plane to Helsinki.
There was a lot of exchange students in the airport.
They are AFSers.
I saw the Hong Kong boy sitting there alone and I asked him where are the others.
He said they are all gone with there host families.
And he lives in a place near Kemi.
Far far away from Helsinki.
So good luck for him and I was on my way to Phytää .
After an hour.
I ended up in Sutela because the bus driver said it doesn't go to moteli.
And Amanda's dad picked me up there and Dalaaa, I am in Phytää!
Middle of nowhere! hahah XD
And then there comes Amanda and Lydia!
Long time no see. :D
After I put my stuff in Lenneke's room, we go to the market together.
There was quite many people there.
I bought Muikku!!! Yeah!!! I LOVE MUIKKU!!!
It's so nice!!
yeah, expensive. 7 euros.
but good!
hhah XD
Then I had a goodnight sleep.
That was my trip to Finland. :D
PS: I am going to visit äiti on monday :D
I miss Nene! :D
Posted by Ehebea at 2:21 AM 2 comments:

Oke.
Two more days and I'll be in Finland.
I really think I'll miss Hong Kong more than I used to.
Sometimes I hate it but most of the time I still remember it's my home.
I really like it.
(The message I would have sent to Hong Kong if Hong Kong could receive anything... )
'' Hello Hong Kong.
When I am away, don't miss me okay?
Cus I'll know and I'll start to miss you.
Then I'll fly back and kick your ass.
Okay? okay? okay.
Emma ''
Stupid one.. haha XD
Anyway, I am going to start a war tomorrow.
Cus my ''favorite'' part's coming, PACKING.
*sigh*~~~
Posted by Ehebea at 9:31 AM No comments: 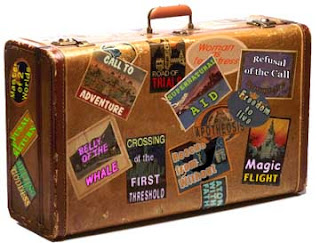 Time to pack stuff.
There are many things that I have to take with me and there are more than many stuff that I don't have to take them but I want to take them. Oh, that's so Emma. hahaXD
Shopping for many things... Think a lot.
Worrying about the apartment. I am wondering if I've got it or not. It's all silent about it. I've got the address and information. And I've sent the confirmation letter to the company. But that's the late arrival. Cus I sent it from Hong Kong not from Finland, which takes two weeks. I hope they see that I am now in Hong Kong. Posting needs time. I do have a reason to be late... :(
Anyway, 3 days more and I'll be in Finland again! Woo! Yeah!
And the next city I am going would be Elise Kuijpers city. haha XD
Wait for me! :D:D
And hey! Ms Kuijpers, plz come to Joensuu some time. I miss you ! :D:D
Posted by Ehebea at 7:17 AM No comments: 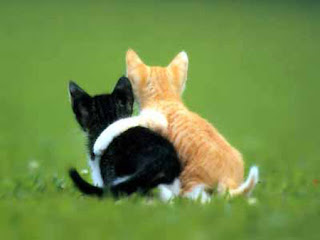 Don't you remember?
In the past we used to talk for so many hours
about things that only we can understand
The special moments we have had.
Walking always with laughs
through the good times and the bad times...
Outside the sky is light with stars
There's a hollow roaring from the sea
The wind is shaking the almond tree
Everything reminds me of you
I miss you, my dear friends
I think a friendship that will never end
When you are weak, I will be strong
Helping you to carry on
Call on me, I will be there
Don't be afraid
You are important friends to me.
Posted by Ehebea at 7:18 AM 2 comments:

Yo,
Haven't write on here for a long time.
haha, lazy me.
AFS Hong Kong invited me to teach the new exchange students who are going to Finland Finnish.
But the problem is I suck in Finnish. I forgot most of the Finnish words.
Anyway, I am just going to teach them basic ones, like how are you, my name is bababa, thank you, and so on. They'll learn when they are in Finland. (I am a bad teacher..hehehe...)
I am surprised that there are 6 of them going to Finland. That's like quite a lot of them.
There were only 4 of us in my exchange year. This year, 2 of them are gong to be in the really good place in Finland. I mean, the whole Finland is great but I really wanna experience those places too. one of them's going to Kemi and one of them's going to Oulu. So nice! But yeah, I'll b be in Joensuu. So that makes my small step. Out of the south part and feel the east part.
I am going on the 19th of August and I'll arrive there on the 20th of August. Turkish airline, 17 hours. I am so gonna ''love'' it ...
Posted by Ehebea at 8:58 PM 3 comments: